“We support and applaud the efforts of all our employees to pursue continuing education and development,” said William Dagher, Mediopin Managing Director.

The Milliman Care Guidelines are widely used by hospitals nationwide. Dr. O’Toole and the SFUR team will be uniquely positioned to combine guideline expertise with clinical experience on a variety of projects. These include projects related to medical necessity of hospital admission, level of care determination (inpatient vs observation), appropriateness of discharge, and many more.

MRC in Spokane Washington, and Synergy Care in Lake Charles, Louisiana, will be providing the administrative and network resources to support national virtual physical therapy and worksite therapy programs.

The new service will provide access to therapies that can help employees and dependents be more productive at work and healthier at home. National Health Plan Administrator, ACS Benefit Services in Winston-Salem, North Carolina, will be the first health plan administrator offering the program.

“This innovative approach to providing first-rate physical therapy services not only elevates member access to quality care, but also, it introduces an immediate opportunity for significant plan savings for our clients. We continue to focus on rapid innovation, being simultaneously socially responsible. MRC’s virtual therapy program is highly accessible, easy to use, and cost-effective. It’s a personalized approach to health and wellness like we’ve never seen before,” ACS CEO, Kari L. Niblack said in a statement.

The advantages of virtual physical therapy have been widely examined during the pandemic, and the results are very favorable. In addition to virtual capabilities, therapy programs can be designed for worksite applications.

“Our therapy partnership blossomed out of the need to serve plan participants during the COVID-19 pandemic. Prior to this, Synergy Care was foundationally based on serving seniors in senior facilities. Those skills are now needed virtually to serve all age groups, making the therapy services much more personal and individualized. The program will have application to our health plan and workers compensation clients,” said Jitana Bagomolny, MRC COO.

SFUR VP of Sales and Marketing, Scott Gladish, RHU, recently joined the Association for Responsible Alternatives to Worker’s Compensation (ARAWC)’s Communications Committee to assist it in its mission of protecting and promoting Texas injury benefit programs.

SFUR is entering its second year of ARAWC membership and has been providing medical bill analysis and negotiations to multiple injury benefit programs in Texas since 2019.

Karl Seelbach, an attorney who serves on ARAWC’s Executive Committee states: “We are excited to have Scott Gladish join the ARAWC team and help us advance our efforts to provide better medical outcomes and improved benefits for injured workers, as well as cost savings for employers.”

A growing number of companies have received the QCARE designation. Approximately 400,000 Texas employees are currently covered by a QCARE-designated injury benefit program in Texas.

University of Michigan Wolverine, Kristen Light of Atlanta, Georgia, has joined the currently virtual sales staff at MRC as our Account Executive to assist with business development.

“We welcome Kristen to the team, and we are already impressed with her work ethic and contribution,” said Scott Gladish, Vice President of Sales and Marketing.

Kristen joins MRC after many years in sales and business development in the media industry. She says of her new position:  “I am delighted to be working for such a glorious group of people who have the abilities and the brainpower to make a real positive difference in the healthcare world.”

Please join us in welcoming Kristen to the team!

We contract with over 200 board certified Physician Specialists who are credentialed very 3 years by South Florida Utilization Review under the comprehensive URAC certification standards.  Our clients partner with us to extend or outsource their internal quality assurance, utilization review & audits, compliance and legal proceeding.
For over 10 years South Florida Utilization Review SFUR has been certified by URAC Certification as an Independent Review Organization IRO.

About the URAC Organization

For 25 years, URAC has been the independent leader in promoting health care quality through accreditation, education, and measurement. URAC offers a wide range of quality benchmarking products that reflect the latest changes in health care and provide a symbol of excellence for organizations to showcase their validated commitment to quality and accountability.

In the late 1980′s, concerns grew over the lack of uniform standards for utilization review (UR) services. UR is the process where organizations determine whether health care is medically necessary for a patient or an insured individual. As a result, URAC’s first mission was to improve the quality and accountability of health care organizations using UR programs. In later years, URAC’s mission expanded to cover a larger range of service functions found in various health care settings, including the accreditation of integrated systems such as accountable care organizations and health plans to smaller organizations offering specialty services. Formally incorporated in 1990, URAC has more than 30 accreditation and certification programs.
From conception, URAC’s founders recognized that an accreditation organization would not be accepted by regulators, health care providers, and consumers if controlled by industry interests. Therefore, several operating principles were incorporated into URAC’s structure and bylaws. First, URAC was set up as an organization independent of any particular stakeholder group. Second, the governing board of directors was established with representatives from all affected constituencies: consumers, providers, employers, regulators, and industry experts.
URAC is one of the fastest growing health care accreditation agencies in the world. It will continue to develop new standards for the health care system and revise existing ones to promote national standards and to ensure that all stakeholders, including consumers and providers, are protected.
More information on URAC can be found on their website at www.urac.org 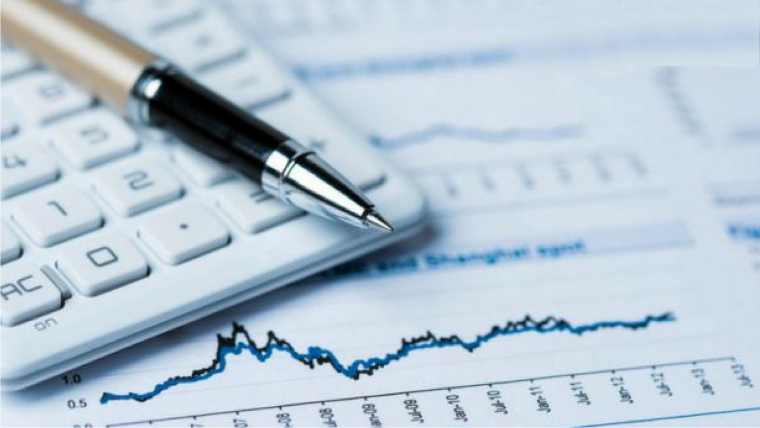 Fully Funded Traditional Insurance vs. Self-Funded Health Plans
Most Americans don’t know the difference between “traditional” fully funded insurance, and a self-funded benefit plan.Yet, more than 60% of people receiving health benefits from their employer are participating in a self-funded plan.When an employer pays a premium – a fixed amount – to an insurance carrier, and the insurance carrier pays more (if insured individuals are sick or hurt) or pays less (if insured individuals are healthy), that is “traditional” fully funded insurance.With “traditional” fully funded insurance, individuals and employers pay a fixed premium to an insurance carrier, and the carrier takes on the risk. With a self-funded health plan, an employer sets aside some of its funds to pay for employees’ medical expenses. Employees then contribute to the plan rather than pay traditional premiums … 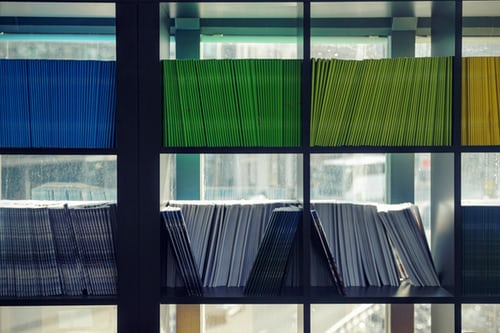 3M developed Diagnosis Related Groups (DRGs) to measures resource intensity of inpatient stays.  Today, I provide an overview of DRGs, as well as AP-DRGs and APR-DRGs.

History of DRGs & Difference between DRGs

“The design and development of the DRGs began in the late sixties at Yale University. The initial motivation for developing the DRGs was to create an effective framework for monitoring the quality

of care and the utilization of services in a hospital setting…The process of forming the original DRGs was begun by dividing all possible principal diagnoses into 23 mutually exclusive principal diagnosis categories referred to as Major Diagnostic Categories (MDCs).”

These MDCs were divided up based on whether the patient had surgery or not.  For those with surgery, the DRGs were divided into major or minor surgeries, other surgeries, or surgeries unrelated to principal diagnosis.  For non-surgical admissions, the DRG logic first identified whether the patient had a neoplasm (tumor) then divided up the DRGs within and MDC based on the specific conditions related to the organ system and/or patient symptoms.  For example, the medical groups for the Respiratory System MDC are pulmonary embolism, infections, neoplasms, chest trauma, pleural effusion, pulmonary edema and respiratory failure, chronic obstructive pulmonary disease, simple pneumonia, RSV pneumonia and whooping cough, interstitial lung disease, pneumothorax, bronchitis and asthma, respiratory symptoms and other respiratory diagnoses.  In both medical and surgical groupings, there is an “other” category for the residual surgeries/admissions.

Although diagnosis is the principal factored used to define a DRG, other factors include a patient’s age (e.g., less than 18 years old) and discharge status.  For instance, separate DRGs were formed for burn patients and newborns if the patients were transferred to another acute care facility.

The first large-scale application of the DRGs was in the late seventies in the State of New Jersey. The New Jersey State Department of Health used DRGs as the basis of a prospective payment system in which hospitals were reimbursed a fixed DRG specific amount for each patient treated. In 1982, the Tax Equity and Fiscal Responsibility Act modified the Section 223 Medicare hospital reimbursement limits to include a case mix adjustment based on DRGs. In 1983 Congress amended the Social Security Act to include a national DRG-based hospital prospective payment system for all Medicare patients”

There are currently three major versions of the DRG in use: basic DRGs, All Patient DRGs, and All Patient Refined DRGs. DRGs are used by Medicare and measure the typical resource use of an inpatient stay. AP-DRGs are similar to DRGs, but also include a more detailed DRG breakdown for non-Medicare patients, particularly newborns and children. The APR-DRG structure is similar to the AP-DRG, but also measures severity of illness and risk of mortality in addition to resource utilization.

Difference between DRGs    DRGs vs. AP-DRGs vs. APR-DRGs: An Overview  —  Read the full post on HEALTHCARE ECONOMIST.

Executive Summary
The property-casualty insurance industry is likely to become the target of significant additional cost-shifting by hospitals, physicians, and other medical providers responding to the cost-containment provisions of the Patient Protection and Affordable Care Act (ACA). The ACA dramatically alters healthcare markets and health insurance systems in the United States. Although the property-casualty insurance industry is not directly included or targeted by the act, it is not entirely immune to its effect ….

How carriers and adjusters respond to property losses can reduce the impact of the claims as well as the costs, according to Lynne Jurek Shannon and Doris T. Bobadilla, defense attorneys with the Galloway, Johnson, Tompkins, Burr & Smith law firm.  Both said the strategies for cost containment on property damage claims remain the same across the country.   Adjusters no matter where in the country they are can work by the same rules and use the same types of tips in order to accurately and as inexpensively as possible handle their claims,” said Shannon. “The types of claims are the same and the objectives of cost containment are the same.”   The attorneys reported that nearly 73 cents of each premium property casualty dollar goes to staffing, investigation, defense and resolution of claims. Evaluating expense costs alone won’t reduce this figure; rather, a careful examination of the claim will, the attorneys said.

Read the full text on ClaimsJournal.com